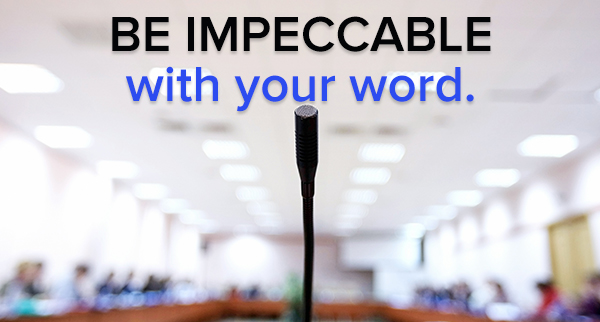 What does it even mean…to be impeccable with your word?

I reached out to John Blumberg, a dear friend of mine, and confidante to CEO’s. John started his career as a CPA at Arthur Andersen. He then shifted his focus from numbers to people and spent 14 years in human resources, including worldwide recruiting responsibilities at Andersen. In 1996, John left behind a strong organization and a career that he loved to follow his dream -- professional speaking.

John told me a great story. He once publicly announced that INTEGRITY IS NOT A CORE VALUE. Frantic calls from a company with whom John was consulting began to light up his phone. The company questioned John. They wondered how he could make such a statement since he had been working closely with the organization, and he KNEW that integrity WAS one of their top ranked, published core values. John in his calm, kind manner, said this “Integrity is not a core value. It is the fabric of EVERY VALUE.”

John Blumberg is impeccable with his word because he LIVES that statement.

Another individual, a (S)hero, that I believe is impeccable with her word is Kawtar Hafidi. Kawtar is the Director of Physics at Argonne National Labs, a title not typically assigned to a female. Kawtar is no bigger than 5 ft.  She is tough as nails, yet she has an incredibly compassionate heart. Kawtar attended a Transformational Summit that GWLF hosted. At the end of the Summit, all the evaluations were terrific. It was like a love fest. Except for Kawtar’s. 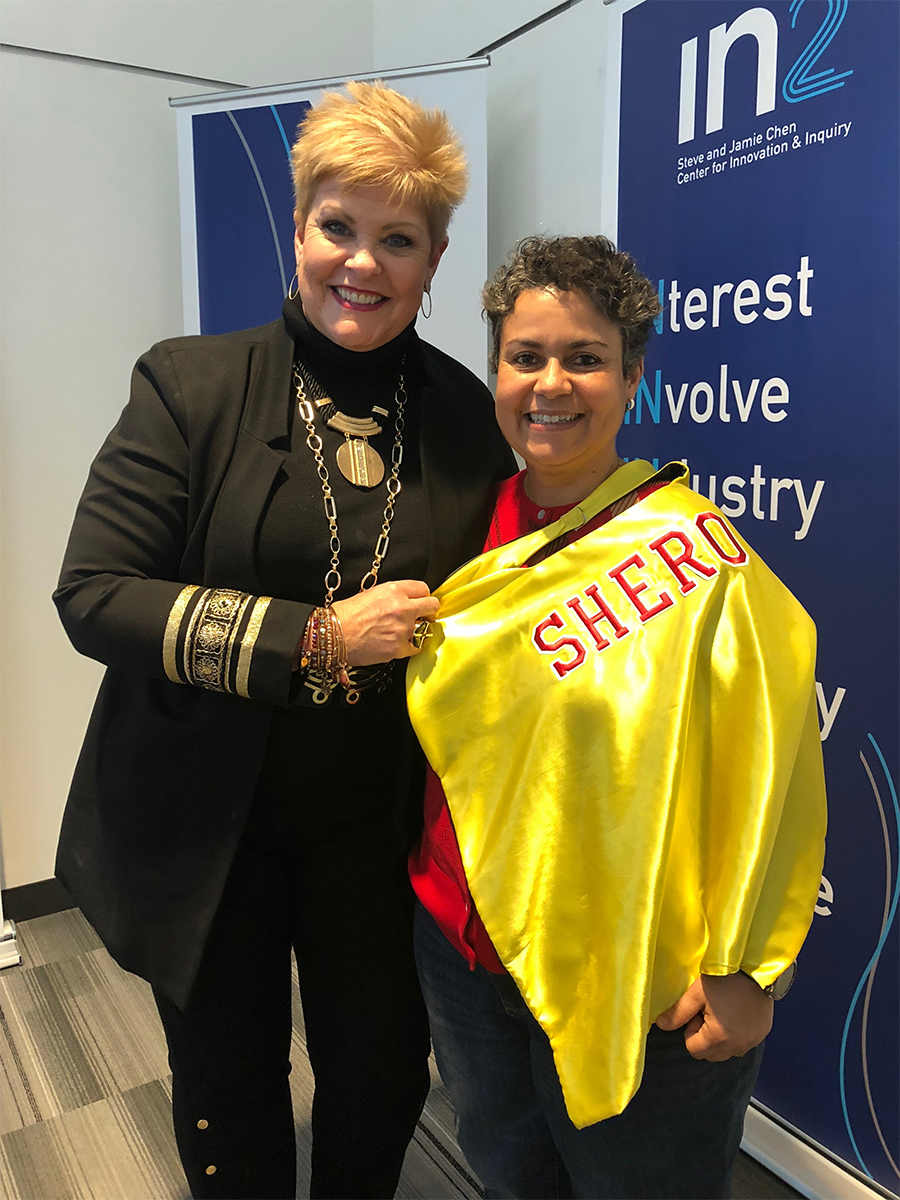 She was direct and clear in her comments about areas where she believed we missed the mark. Interestingly, when reviewing these evaluations, most folks told me that I should throw Kawtar’s out. Statistically speaking, it held no relevance. I disagreed. I don’t think you can learn in a lovefest. I think you learn best when people are willing to force you to do better.

I called Kawtar and asked if I could have a meeting with her. She was quite surprised. I don’t think she expected that I would reach out after reading her comments. We set a date to meet in her office.

Driving to the location, I must admit, I was terrified. I knew Kawtar was tough. I thought perhaps she would chew me up and spit me out. I hoped I could stay open to really hearing her.

As we sat in her office and talked, the fear fell away. I could see in her eyes and hear in her words that what Kawtar wanted from me and GWLF was that we live into our fullest potential. She did not believe we had done that, and she gave specific examples of how, in the future, we could. She was passionate in her language about her beliefs.

Kawtar never vacillated from her original words to appease me. She spoke truth with integrity. She was careful that her words were not attacking but were delivered with the clear intention of helping. By the end of the conversation, what I came to appreciate most, was that she told ME directly. She did not triangulate, telling someone else of her disappointment, which so often happens.

For me, both John and Kawtar are impeccable with their word.

One final thought…and, it’s specific to thought! Thoughts can become words and therefore I would propose that we are also impeccable with our thoughts. Be careful of the “self-talk” you offer. If you are sitting with thoughts about lack, all things you are not, or the opportunities that can’t, won’t, don’t show up in your life, chances are that’s exactly what will manifest. Instead, decide to think about yourself with kindness and appreciation. I’m not suggesting adopting a Pollyanna attitude, or not dealing with realities. I am suggesting that every one of us is gifted well beyond what we’ll ever be able to discover in this lifetime. Sometimes, we spend an inordinate amount of time looking sideways, looking at what “others” can, have, or do, that it distracts us from looking inward. When we look inward and focus on the gifts that we do have, we can then decide how to use those gifts to make the world a better place.

Since going through chemo, I’m not the same person that I was physically before I got sick. I now have a metal rod from my hip to my kneecap, protecting my femur, because the cancer was eating away at my bones. I am God awful slow when I walk. I walk with a limp. If I chose to spend time thinking about all that I’ve lost, there would be no time to consider all that I’ve gained. I can walk unaided. Twenty months ago, that was not the case. I walked with a walker. I can do every mundane task now; something that I longed for when I was not able.

The point is we must focus on what is good, what we are able to do, how we will use our thoughts and words to make the world a little better than the way we found it.

This week, you can hear the wisdom of John Blumberg on Voices of Wisdom™ Webinar Series this Thursday. He’ll deliver a conversation called, “Return on Integrity”, which is also the title of John’s new book, available at Amazon.  That broadcast will be recorded and housed in the Corporate Member Portal of our website.

Let’s focus on being impeccable with our words … and with our thoughts. In the meantime, keep lookin’ up!